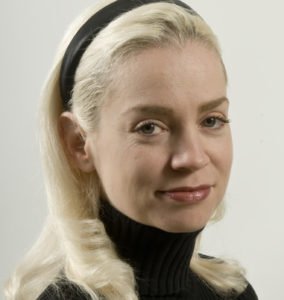 What are gene-silencing therapies for HD?

Gene-silencing therapies reduce or prevent the expression of mHTT. They usually interfere with transcription or translation of mutant RNA, or cause the degradation of mHTT RNA.

What are the primary gene-silencing therapies under investigation?

ASOs are short, synthetic DNA fragments that bind RNA through base pairing, and modulate its function. The majority of ASO drugs in development work through the degradative mechanism in which Ribonuclease H (RNase H) is recruited to recognize and cleave huntingtin transcripts. This process frees the ASO, enabling it to catalyze the degradation of multiple RNA molecules, effectively suppressing the gene product. With their diverse functionality, high target specificity, and suitability for direct CNS delivery through lumbar puncture ASOs are an excellent treatment option for HD. Currently, Ionis Pharmaceuticals has a nonselective ASO in a clinical trial. A nonselective ASO silences both wild-type and mHTT genes.

RNAi-based reagents—especially microRNA-based reagents—are also being developed. These reagents use small RNAs to bind to HTT mRNA molecules in order to silence their activity. RNAi-based reagents are not delivered naked—in other words, without a carrier—as are ASOs. Instead, they are typically delivered by a viral carrier. Two RNAi reagents that have shown a lot of promise are very close to translation to the clinic, one with Sanofi Genzyme and one with uniQure B.V. (see HD Insights, Vol. 16). One of the groups working on RNAi is doing its preclinical studies in the sheep model of HD, because sheep have a very long spinal cord, and a larger brain than nonhuman primates. That group hopes to maximize the therapeutics distribution in a larger brain and spinal cord.

In addition, a number of groups are developing gene-editing approaches to produce gene silencing, using the CRISPR/Cas 9 system. These approaches aim to completely inactivate the mutant copy of the gene. Currently, gene-editing strategies have low efficiency. Basically, you gene-edit some cells in culture, and then select for the cells in which the genes were actually edited. Next, you test the edited genes to make sure they did not receive an unwanted edit. Finally, you find that the cells have been changed in the way you want, and you expand those up to create your population. These studies are in very early preclinical stages, and there is a long way to go before efficiency and specificity will be high enough for use in the human brain.

What does your most recent research focus on?

We have been investigating a selective ASO that suppresses only mHTT and leaves wild type HTT expression intact. We ran a preclinical trial that will be published very soon and had excellent results. Basically, our ASO prevents the onset of HD in presymptomatic mice, and in symptomatic mice we saw recovery of motor and psychiatric phenotypes. Most importantly, we saw a complete rescue of cognitive phenotypes. We have shown that our ASO can not only prevent cognitive decline, but can also restore normal cognition when used post-symptom onset, meaning, after the mice have developed a cognitive deficit. We are very excited about this.

With a selective ASO, it may be possible to use a higher dose, to induce almost total mHTT suppression in the cortex, and have more activity in the basal ganglia.

Is there competition among scientists to be the first to discover the best therapy?

I think most people would agree with me that we are all on the same team. HD is the adversary. It is an incredibly complicated disease, and one that we need to come at from every angle we can. There is still so much work to do—after all, the gene was identified in 1993, and today, more than 20 years later, we are only just starting the very first huntingtin-lowering clinical trials. There is enough room for everyone’s work, and there is a lot more collaboration than competition in the field.

Are the patients and families hopeful?

Yes, they are really excited. They often contact me and ask, “When is this going to be available for me?” Sometimes I feel that a single email asks me to be a scientist, a clinician, and a genetic counselor. I have to tell people that it is a really long way between mice and men. A therapy must go through so many steps, so many points of potential failure, and once it gets to human trials, it can take years to prove its safety and efficacy. We are also hindered by our tools; for example, we do not have enough biomarkers to evaluate these therapies. The excitement is pushing the HD community to think that there is going to be something available for them in 5 to 10 years, but we have no idea if that is the case. Yes, we can at last successfully treat a mouse. Yes, we have really great preventative and restorative preclinical data. Yes, we finally have a huntingtin-lowering clinical trial that is targeting the root cause of HD—but unfortunately, none of this means there is an effective treatment just over the horizon. We simply do not know yet.

Selected gene-silencing therapies in the pipeline