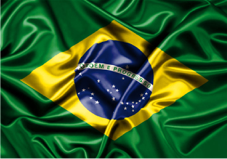 Little is known formally about the exact number of HD patients and individuals at risk in Brazil, but efforts are underway to change this. In 1997, Dr. Monica Santoro Haddad helped to start the Associação Brasil Huntington (ABH), or the Brazil Huntington Association, in São Paulo, Brazil, where she serves as medical advisor. She currently serves on the Board of Directors of the Brazilian Academy of Neurology as a member of the Deliberative Council, and is an active member of the American Academy of Neurology (USA). In her 29-year career as a Movement Disorders specialist, Dr. Haddad has attended to approximately 500 HD-affected families at outpatient Movement Disorders clinics in São Paulo’s largest public hospitals, namely Hospital das Clínicas da Faculdade de Medicina da Universidade de São Paulo, and Hospital Sírio-Libanês. In addition, she has followed more than 70 families in her private practice.

The ABH is a voluntary and non-profit national association whose purpose is to provide support and guidance to HD-affected families, to make the disease better known, to stimulate research, and to create specialized service centers in the different regions of Brazil. ABH receives contributions from members and donations. ABH is affiliated with the International Huntington Association, which provides guidance and information on the progress of scientific research in the HD field.

One of the hopes for the treatment of neurodegenerative diseases is advanced stem cell therapy products. Mesenchymal stem cells (MSCs), which can be derived from adult body tissues including bone marrow, fat, and brain, offer great therapeutic promise for a diverse range of medical applications. MSCs are responsible for tissue regeneration throughout life, and this function is mediated by self-renewal and the ability to produce diverse types of differentiated cells. These therapies are used for their dual role. First, they stimulate local cell survival, inhibit inflammation, and stimulate brain tissue regeneration through paracrine action, leading to production of new neurons from both native and likely donor stem cells. Second, they express neurotrophic factors, such as brain-derived neurotrophic factors (BDNF), which plays a key role in the survival and activity of the neurons that die in HD.

Several principal investigators in São Paulo recently created a partnership between public institutions and a private company in order to evaluate the capacity of stem cells to treat HD and to bring stem cell-based therapies into clinical trials. This project aims to use MSCs for the treatment of HD patients 2-4. For this purpose, together with my team at the Instituto Butantan, São Paulo, we conducted preclinical studies of MSC-based therapies in a 3-nitropropionic acid – induced HD animal model. The MSCs used in our study secrete neurotrophic and immunomodulatory factors, and showed high migrating capacity and were able to cross the blood-brain barrier in the animal model. After intravenous injection of these cells in 64 HD-induced rats, reduced brain damage, amelioration of striatal degeneration, and enhanced expression of BDNF were observed. The results of the study led to the initiation of a clinical trial, currently approved by the Comissão Nacional de Ética em Pesquisa (National Commission for Research Ethics). The clinical study should start by the end of 2017, as soon as human MSCs can be produced under good manufacturing practice conditions, characterized, and validated. This study is conducted with the support of the international clinical research organization AZIDUS Brazil Ltd.5