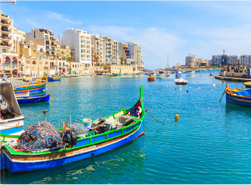 The 12th Annual CHDI HD Therapeutics Conference in the town of St. Julian’s, Malta, welcomed scientists from academia and industry to present data and discuss current research aimed at treating HD. The conference opened with a powerful and inspirational keynote speech from the Miner/Mulligan/Colerdark/Johnson family, who discussed the impact that HD has had on their lives over the past two years since the mother and two of three daughters were diagnosed with HD.

This year’s CHDI conference saw major advances in our understanding of genetic modifiers on the course of HD; novel therapeutic approaches to target HTT at the DNA, RNA, and protein level; new biomarkers to assess disease onset and progression; and strategies to promote survival of vital neural pathways as well as to replace neurons that have degenerated as part of the disease, among other notable research. Together, the unrelenting efforts of the HD scientific community continue to push us closer to treating this devastating disease.