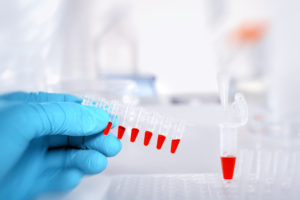 Finding biomarkers that track with Huntington disease (HD) progression continues to be an important challenge in the assessment of clinical trials. Tracking levels of mutant huntingtin (mHTT) is an attractive option since HTT knockdown is a promising therapeutic.

An assay published in the Journal of Huntington’s Disease detects mHTT in human cerebrospinal ﬂuid (CSF) using a novel ultrasensitive immunoassay1. The technique is called single-molecule counting (SMC) and is a bead-based ﬂuorescent immunoassay. Guided by U.S. Food and Drug Administration (FDA) standards, the group clinically validates its assay’s ability to detect mHTT in the CSF of HD patients. This is a promising biomarker for quantifying mHTT knockdown therapies in the brain.

Previous work shows alterations of expression patterns of microRNAS (miRNA) in the brains of neurodegenerative disease patients, including those with HD. Dr. C.M. Chen of the Chang Sung Memorial Hospital Linkou Medical Center and College of Medicine and Chang Sung University, and colleagues looked at expression levels of different miRNAs in peripheral leukocytes of HD patients to see if they tracked with disease2. They found that miR-9*, an miRNA thought to be involved in neuronal differentiation, may be a marker of neurodegeneration in HD that is detectable in the blood; however, it currently does not seem to track with disease progression. A larger sample size would be required to ascertain if miR-9* tracks with HD progression in blood samples.

Dr. Sarah Tabrizi, professor of clinical neurology, director of the University College London’s Huntington Centre, and her group published on tracking levels of mHTT in patient peripheral blood mononuclear cells (PBMCs) using an ELISA-based meso-scale discovery electrochemiluminescence immunoassay3. In agreement with previous studies, this simple and scalable assay shows increased levels of mHTT during disease progression in blood samples. The group was able to detect different conformations of HTT and relate the levels back to disease stage. 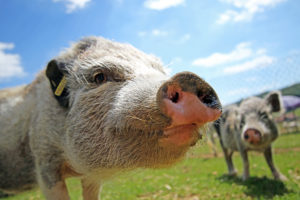 Mouse models and other small organisms classically have been used for Huntington disease (HD) research. Yet, larger and more complex models may be better to model the human disease.

Two recent manuscripts describe the results of using the Q73-humanized HD-sheep model (OVT73) for studying the mechanism of disease1, as well as testing therapies2. Dr. Russell Snell1, professor at the University of Auckland, and colleagues performed RNA-seq studies on brain tissue from 5-year-old OVT73 animals. These animals were still in the prodromal phases of HD, so the group was looking at early stage pathophysiology. Their study revealed alterations in urea, indicating metabolic defects and elevated concentrations of urea in the brain in early stage-HD.

Dr. Neil Aronin2, professor at the University of Massachusetts Medical School, and his group used the same model to examine the safety and efﬁcacy of using a virus to deliver miRNA-targeting human huntingtin (HTT). The beneﬁts of this treatment over the current clinical trials involving intrathecal delivery of antisense oligonucleotides is that viral delivery of miRNA will be more sustained and more targeted. The treatment was able to speciﬁcally target the human mutant HTT (mHTT), and knockdown was noted at one month and six months post injection in the caudate and putamen. This study demonstrates the safety and efﬁcacy of this approach in a large model.

Another new large animal model for studying HD is the minipig. The name of these pigs is a misnomer, as these pigs typically weigh from 50-120 kg, which is the size of an adult human; in addition, the brain is similar to the size of a human brain at 90-100 g. HD transgenic pigs harbor a 124Q mHTT transgene. A study in PLOS ONE3 characterizes behavioral tests of these pigs so they can be used in future preclinical studies. This study describes prodromal pig behavior up to age 4 and ascertains baseline values for many tests, including functional, cognitive, and behavioral tests, that can be used in the future when these pigs become symptomatic. 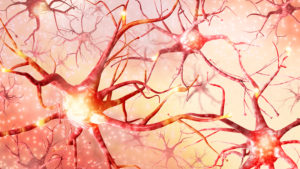 Induced pluripotent stem cells (iPSCs) are both an important tool for research as well as a potential therapeutic avenue for Huntington disease (HD).

A recent article in Human Molecular Genetics1 outlines the use of iPSC from control and HD patients in and found that the protein FOXO4 had a role in proteasome activity in both cell types. Additionally, they showed that alterations in FOXO4 protein in HD cells are modulated by the kinase AKT. The results of this paper implicate a role of the proteasome in HD pathogenesis. Two recent papers examine the use of neural stem cells (NSC) derived from iPSC in treating HD mouse models. Julien Rossignol2, assistant professor at Central Michigan University College of Medicine, and her team looked at intra-striatal transplants of NSCs derived from mouse iPSCs into the YAC128 model. The team found improved locomotor deﬁcits and increased BDNF levels in these mice. Leslie Thompson3, professor at the University of California, Irvine, and her group examined the use of GMP-grade, human-derived NSCs in treating both R6/2 and Q140 full-length mouse models. The transplant of these cells into the striatum led to improved motor deﬁcits in both models as well as grafts showing that the cells were electrophysiologically active. The transplant of these cells led to increased BDNF expression and a reduced accumulation of mutant protein. Although the cells were not transplanted long enough to mature to full post-mitotic neurons, imaging by electron microscopy showed that these cells may be able to make contacts with endogenous neurons.

Together, these studies show promise for the use of regenerative medicine for treating HD. Of note, both of these studies use allogeneic cell sources, and it is possible that autologous cells would have even greater beneﬁt; this is an area of future study.