Basic research into the biochemical pathways underlying the pathogenesis of HD continues, with the aim of targeting these pathways for drug delivery. PGC1α, which controls many aspects of oxidative metabolism, has been a focus of recent efforts. Martin and colleagues showed that an upstream activator of PGC1α may be involved in the characteristic downregulation of PGC1α in HD patient brain and muscle samples.2 They also used a transcriptional readout of an HD rat model to show that MSK1, a nuclear protein kinase with low striatal levels in HD patients, is responsible for PGC1α activation. When overexpressed, MSK1 can activate PGC1α, possibly through histone H3 phosphorylation, and lead to positive outcomes in the HD rat model. Taherzadeh-Fard and colleagues looked at genetic modifiers via single nucleotide polymorphisms (SNPs) in HD patients, and showed that downstream PGC1α transcription factors NRF-1 and TFAM are genetic modifiers of the age of clinical onset of HD.3 These data strongly support modulation of PGC1α activity as a potential therapeutic approach in HD. Labbadia and colleagues investigated the therapeutic potential of activating chaperones for HD.4 They used HSP990, a brain-penetrating HSP90 inhibitor that can be administered orally, and showed that while activating chaperones via the heat shock response is initially therapeutic, the heat shock response is gradually attenuated as disease progresses. The shut-down of the heat shock response seems to be linked to epigenetic modifications, and indicates that this approach, although potentially beneficial, may be more complicated than originally hoped. 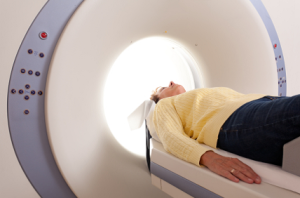 arch and clinical research are bringing us closer to disease modifying treatments for Huntington disease, but sensitive biomarkers are needed to assess disease progression and the efficacy of new treatments. Neuroimaging has now come into the spotlight to assist with this task, and large-scale, multi-site longitudinal studies such as TRACK-HD and PREDICTHD have recently released neuroimaging study results. The TRACK-HD team led by Dr. Sarah Tabrizi in London used magnetic resonance imaging (MRI) data to investigate clinical, cognitive, oculomotor and neuropsychiatric indicators of HD.2 They saw progression in prodromal HD over a 12-month period, and found that brain imaging measurements were the strongest and most consistent measures when tracking disease progression. TRACK-HD’s data has established an association between MRI neuroimages and clinically meaningful measures of disease progression. Furthermore, the study provides baseline data to estimate the sample sizes required to detect meaningful treatment-mediated improvements in a clinical trial. The PREDICT-HD team led by Dr. Jane Paulsen reported that their MRI data indicate that increased CAG length is associated with more rapid progression of striatal atrophy.3 Diana Rosas and colleagues used MRI to investigate the possible correlation between age of onset and rate of brain atrophy.4 The study showed that individuals whose motor symptoms appeared before the age of 40 years had an increased rate of brain atrophy. The study also found that topological distribution of cortical thinning was highly dependent on the age of onset and not necessarily on the length of CAG repeats. 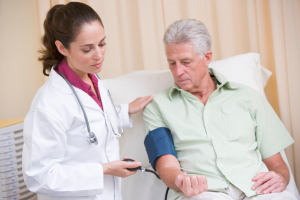 Recent efforts in drug discovery for HD have shifted to exploring different methods for silencing the allele that codes for mutant huntingtin. Allele-specific silencing using antisense oligonucleotides (ASOs) has been successful in non-brain-related disorders, and with recent advances in chemistry, pharmacology and drug delivery, the possibility of using ASOs to treat brain disorders is becoming more realistic. Recent clinical efforts have explored novel approaches to improve ASOs and have sought to develop ways to silence the allele that codes for mutant huntingtin, while sparing the normal allele. Gagnon and colleagues showed that ASOs with certain chemical modifications can specifically silence the allele that codes for mutant huntingtin, although the mechanism of this silencing remains unknown.2 Interestingly, these effects were protein and not transcript-dependent. Fiszer and colleagues used repeat-targeting RNA duplexes to discriminate between expanded and non-expanded alleles, and to mediate RNA-induced silencing complex (RISC) – dependent target silencing.3 They used a duplex of pure CUG/CAG repeat sequences to silence the allele that codes for mutant huntingtin, and they increased allele selectivity by introducing single or double C>U substitutions in an effort to modulate RISC activity. Chung and colleagues found that an overexpressed antisense strand at the HD locus (huntingtin antisense – HTTAS) has the ability to modulate huntingtin expression, its sense transcript counterpart.4 These results suggest that continued investigation of overexpressed antisense strands and their ability to decrease huntingtin expression should be pursued.