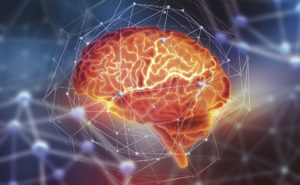 Vaccinex, Inc., working with the Huntington Study Group (HSG) and the University of Rochester’s Clinical Trials Coordination Center (CTCC), continues to advance SIGNAL, a potentially pivotal clinical trial for registration of pepinemab as a treatment for Huntington’s disease (HD). Pepinemab (VX15/2503) is an antibody to semaphorin 4D, a molecule that is believed to trigger transition to an inflammatory state in the brain and may play an important role in HD disease progression. SIGNAL is a multi-center, randomized, double-blind, placebo controlled study designed to assess the safety, tolerability, and efficacy of pepinemab in subjects with early manifest and late prodromal Huntington’s disease (HD).

The first 36 participants enrolled in the SIGNAL study, Cohort A, were randomized to receive monthly infusions of either pepinemab or placebo for six months in a double-blind fashion followed by open-label pepinemab for five additional months. No concerning safety signals were identified. Significantly, pepinemab treatment showed marked effects on FDG-PET imaging, a measure of glucose transport that is fundamental to brain metabolic activity.

Pepinemab increased glucose uptake in all cortical brain regions examined, with a median increase of 8.6 percent compared to placebo over just 6 months of treatment. Loss of FDG-PET signal is associated with underlying disease progression in HD as well as other neurodegenerative diseases, and has been shown to correlate with cognitive decline in Alzheimer’s disease. Pepinemab is the first intervention shown to prevent loss of metabolic activity in the brain of subjects known to carry an HD gene mutation.

Cohorts B1 and B2, now fully enrolled, include 179 early manifest subjects in group 1 and 86 late prodromal subjects in group 2, for a total of 265 HD subjects. All subjects are randomized to receive monthly infusions of either pepinemab or placebo for 18 months in double-blind fashion, without crossover.

The last Cohort B subject visit is projected to be in June 2020, and topline results are expected in the fourth quarter of 2020. “Because of the efforts of HSG, CTCC, clinical site investigators and staff, and most importantly subject volunteers and their families, SIGNAL is several years ahead of any other ongoing advanced clinical trial testing possible disease-modifying effects in Huntington’s disease. We are excited to be in the lead and hopeful of bringing relief to the patients and families who suffer this devastating disease,” said Maurice Zauderer, president & CEO, Vaccinex, Inc.

A key aspect in the success of clinical trials is understanding the natural progression of disease. Although CAG repeat length is well-known to be associated with age of onset (AOO), there is conflicting evidence on whether disease progression is also impacted. The TRACK-HD and TrackOn-HD groups performed a prospective study over time1 and analyzed the association between motor-cognitive function and brain volumes, and age/CAG repeat length. The outcomes of this study suggest that CAG repeat length not only predicts AOO, but additionally predicts rate of decline.

Adding more evidence that CAG repeat length is a predictor of AOO, the Genetic Modifiers of Huntington’s Disease (GeM-HD) Consortium published results in a recent Cell paper2 that elaborated on specifics of this phenomenon. Since CAG repeat length only accounts for 60 percent of variation in AOO, GeM-HD looked for more complete explanations by carrying out genome-wide association studies (GWAS) in over 9,000 HD patients, seeking genetic modifiers.

During this study, the group found that the length of the translated polyglutamine tract is not the predictor of AOO; rather, it is the length of the uninterrupted CAG repeat at the DNA level, separate from its glutamine coding property. This highly powered study also identifies other genetic modifiers of disease onset, highlighting different therapeutic targets for multiple stages of disease.

The highly anticipated results from the Ionis and Roche huntingtin (Htt) lowering phase I/II clinical trial have been published in the New England Journal of Medicine1. The drug being tested is an antisense oligonucleotide (ASO) designed to lower Htt levels. The trial proved the safety of the drug with no serious adverse events, and found a dosedependent decrease in the concentration of Htt found in cerebrospinal fluid (CSF). Larger studies will now be required to show if this decreased level of Htt found in the CSF correlates with decreased levels in the brain and the slowing or stopping of HD progression.

Researchers are exploring other methods for Htt lowering in pre-clinical models. A manuscript in Nature Medicine outlines the utility of zinc-finger protein transcription factors (ZFP-TFs) to selectively lower mutant-Htt (mHtt)2. The current ASO methods are transient, require multiple doses and generally target both mHtt and wild type Htt alleles, which may have detrimental effects. Here, the test group designed and tested ZFP-TF that selectively silences mHtt over the long term after a single administration. They demonstrated its utility both in cell line and mouse models with fewer off-target effects.

Since Htt lowering is such a promising therapy, groups are exploring alternative ways to target mHtt in a allele-specific manner. Naturally occurring miRNAs, which regulate expression levels of genes, are another option for exploring therapeutic benefit if appropriate endogenous targets can be identified. Recently a group demonstrated that endogenous miRNA that can interact with Htt 3-UTR exist. They created and validated a full length 3’-UTR reporter vector based on the most common mutant and wildtype Htt haplotypes.3 This vector can be used in concert with genetic information to identify targets for endogenous silencing of mHtt.

Juvenile-onset Huntington’s Disease can be used as a surrogate to study the neurodevelopmental aspects of HD1. Creating induced pluripotent stem cells (iPSC) from patient stem cells, followed by differentiation to neurons, makes a good in vitro model for studying disease and testing therapeutics on phenotypic reversal. During early timepoints in differentiation, there is a delay in neurodevelopment denoted by increased nestin positive neurons. Knocking down huntingtin (Htt) in iPSC decreases the nestin positive neurons at early stage differentiation towards the striatal lineage.

Non-cell autonomous effects are hypothesized to lead to some of the pathophysiology in HD. A group with a novel astrocyte differentiation process aimed to use the juvenile onset iPSC model to interrogate the effect of mutant Htt (mHtt) in this supportive cell type2. The electrophysiological properties were conserved in astrocytes differentiated from HD or control iPSC, however the co-culture of HD astrocytes with neural precursor cells (NPC) showed distinct phenotypes. HD astrocytes are less supportive of the functional maturation of the co-cultured neurons, and in the presence of HD astrocytes, researchers found that co-cultured neurons exposed to chronic glutamine stimulation are not protected.

Also recapitulating juvenile or early onset HD, a comprehensive study was done on hippocampal synaptic plasticity3 in Q175 knock-in mice. Although the striatum is the most significantly affected brain region during the course of HD, it is well known that other areas of the brain, including the hippocampus (which is responsible for cognitive function), also undergo degeneration. This study examined heterozygous, homozygous and wild type littermates at different time points. A clear deﬁcit in both short- and long-term synaptic plasticity was found to track with level of disease progression and mHtt expression.