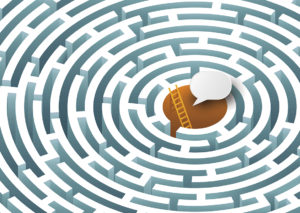 Whether it be watching family members suffer, carrying the burden of caring for family members, feeling the weight of living with the knowledge they are at risk for HD, or even suffering from the juvenile onset form, HD youth carry a unique emotional load. However, it has been only recently that the youth affected by HD have found their voice and come together. The establishment of the National Youth Alliance (NYA) in 2001 (as part of the Huntington’s Disease Society of America or HDSA) and the international organization Huntington’s Disease Youth Organization (HDYO) in 2012 have provided world-wide opportunities for youth affected by HD to have a platform to learn, support others, and help in the fight against HD.

One piece of the fight against HD is the opportunity to participate in research. Children and young adults at risk for HD had few, if any, options to enroll in studies until a unique initiative was developed at the University of Iowa in 2009: the Kids-HD and Kids-JHD research programs. Funded by the National Institutes of Health and the private foundation, CHDI, the Kids-HD and Kids-JHD programs offer a unique opportunity for young people enroll and participate in research. The two ‘arms’ of the research protocol (Kids-HD and Kids-JHD) are very similar, but have unique aspects and are described below separately.

This program is a single-site protocol based at the University of Iowa in Iowa City, Iowa. The population studied is children (ages 6-18 years old) at risk for HD (have a parent or a grandparent with HD). All participants undergo genetic testing for research purposes only — there is no release of this information to the subjects or their families. Each subject’s CAG repeat is made anonymous by assigning a research number rather than their name to the genetic results so even the research team is blind to the genetic results of any particular subject. Those subjects whose CAG repeat is greater than or equal to 36 are termed Gene Expanded (GE) and those with 35 or less are termed Gene Non Expanded (GNE).

The assessment protocol includes cognitive testing, motor examination, and behavioral assessment (scales filled out by parents that quantify behavioral traits). There is also a brain MRI to evaluate brain structure (volumes of global and regional brain tissue) and brain function such as connectivity of regions using resting state functional MRI.

An important feature of our program highlights the notion that the striatum and the cerebellum are integrated, connected via the indirect pathway.1 Given the integration of the cerebellum into striatal circuitry, is it a vital component in the growth and development of striatal circuitry, and therefore may also play a key role in the pathophysiology of the disease, acting in compensation for a dysfunctional striatum.

The primary goal of the Kids-HD research program is to evaluate how the Huntingtin gene (HTT) affects brain development. Although the primary focus is to better understand its role in disease, it is important to try to understand how HTT normally functions. Therefore, we evaluate how HTT affects brain development in both normal (below disease threshold) and pathologic (above disease threshold) states.

Effect of HTT Below Disease Threshold

HTT is a very important gene for brain development. One way we know this is because when HTT is ‘knocked-out’ of mouse models, it is lethal — and in particular, development of the brain is affected. The other reason why HTT is thought to affect brain development comes from studies in evolutionary biology. HTT is highly conserved, which means that even simple creatures such as the sea urchin have HTT.

The CAG repeats in this gene increase as species become more evolutionarily advanced.2 Rodents have a few repeats, primates a few more. The large number of repeats in humans is thought to represent a unique mechanism for genetic variability — the foundation of evolution. In order for natural selection to occur, there must be a variety of phenotypes for nature to choose from. In a typical genetic mutation mechanism, that phenotype is binary — mutated or not mutated. However, with genes that have variation, such as triplet repeats, each triplet added to the gene may effect a subtle change in the protein, manifesting in different phenotypes, based on numbers of repeats.3

The scientific question of the effect HTT has on brain development below disease threshold is to determine if the number of CAG repeats have an effect on brain structure and function in children who will not develop HD — the GNE group. We found that the number of CAG repeats did indeed impact basic brain functioning such as IQ: the greater the CAG repeat, the higher the IQ.4 We also found evidence of assortative mating,5 meaning that there was a tendency for those with higher CAG repeats in the HTT gene to marry those with similar repeat counts (supportive of the IQ finding, since it is well known that one of the strongest factors in assortative mating is similar IQ).

In regard to brain structure, we found that the CAG repeat effect was different for males and females. For males, higher repeats impacted the growth and development of the striatal-cerebellar circuitry, while in females, higher repeats impacted the thickness of the cortex. This was also recapitulated when looking at sex differences in the relationship of brain structure to IQ — in males, IQ was directly related to the volumes of the striatal-cerebellum circuit, where in females, IQ was related to cortical thickness.6

In general, our findings of how the HTT gene effects brain development below disease threshold provide evidence that there are advantageous changes to brain structure and function with increasing CAG repeats. This supports the theories that this gene — and others like it — may have undergone positive selection for human brain evolution. However, this advantage is coupled with the disadvantage that if the repeats are too long, the devastating disease of HD occurs.

Effect of HTT Above Disease Threshold

In the same way we conceptualize HTT affecting brain development below disease threshold, the evaluation of HTT effects above disease threshold begins with the understanding that expanded or mHTT may adversely affect brain development. This is the basis of the neurodevelopmental hypothesis of degenerative diseases first posed by Mark Mehler.7 The concept is that mHTT affects the development of the striatum. The striatum is therefore abnormal in its growth and development. However, it is not dysfunctional early in life because there is compensation. We believe the compensation for the developmentally abnormal striatum is the cerebellum. Therefore the abnormal striatum is held in ‘mutant steady state’ through childhood and then later in life — when compensatory mechanisms fail — disease begins to manifest. Thus, the primary roots of degeneration lie in abnormal brain development.

The design of Kids-HD is a based on the gold-standard method in brain imaging in children — an accelerated longitudinal design or ALD. This is not a traditional time1-time2 longitudinal study, but instead a mechanism to evaluate how the brain develops over a large age range — from 6-18. With an ALD design, we can show the trajectory of development. Although many children come for repeat visits, the goal of analysis is to fit one line that represents how the brain changes across the range.8

This decrease in volume is a normal developmental phenomenon called “pruning,” and occurs in the typically developing brain beginning in adolescence; however it begins much earlier in the GE children.8 In more recent (unpublished) analysis using resting state functional MRI, we also show that the connectivity between the cerebellum and the striatum in the GE children is higher than normal. This supports the neurodevelopmental hypothesis of the striatum having abnormal growth and development, with the cerebellum developing a compensatory role through greater connectivity.

In the era of gene knock-down therapy for HD, it is important to highlight how the findings of the Kids-HD study impact future trials.

The Kids-HD program is unique and the only study in the world evaluating at-risk children. The study has recently been favorably scored by the NIH for renewal to extend the study an additional five years. The renewal will expand the program to five sites: Iowa, University of Texas, Houston; University of Pennsylvania/Children’s Hospital of Philadelphia; University of California, Davis; and Columbia in New York. The new sample will attempt to replicate the initial findings in a larger sample. In addition, the age range of the sample will be increased to 6 to 30 years of age in order to capture the entirety of brain development.

Given that the age range now extends beyond children, the program has rebranded itself and will now be called CHildhood to Adult Neurodevelopment in Gene Expanded — HD or CHANGE-HD. In addition to continued brain imaging, we will also be evaluating quantitative motor assessments (Q-Motor), along with Dr. Ralf Reilmann from Germany, as well as the utility of serum neurofilament light (NfL) as a potential biomarker, along with Dr. Wild from London.

Alongside the Kids-HD program, we have also been assessing children and young adults who have already been diagnosed with juvenile onset Huntington’s Disease (JHD), in the first ever brain imaging study of JHD. Given the rarity of JHD, there is still little known about basic things such as symptomatology, let alone details of the disease process (and how that might differ from adult onset HD). So one of the first things we did was to learn about symptoms.

Using an online survey, we queried caretakers around the country on presence and severity of JHD symptoms. In particular, we focused on several that were considered to be important, based on conversations with JHD parents: sleep, tics (not chorea), pain, “itching” and psychosis. We found that these symptoms were remarkably prominent, frequent, and severe in many cases as shown by Table 1.9

At Iowa, the protocol for the Kids-JHD subjects is essentially the same as for the Kids-HD, where families travel to Iowa City, Iowa, to get cognitive, motor, and behavioral assessments as well as an MRI. The findings of our first analysis in the structure of the JHD brain were recently published.10 As might be expected, one of the main findings was that children with JHD have an overall much smaller intracranial volume (ICV), a measure of maximal brain growth. This supports a generalized phenomenon. However, after accounting for the smaller ICV, there was a very specific effect on the striatum, which was simply devastated in terms of volume, being several standard deviations below the mean of the comparison group. Interestingly, the cerebellum was proportionately larger — meaning that it was either completely spared from the disease or potentially grew in size in a compensatory phenomenon.

Finally, the cortex, though thinned in some areas (such as the insula) was surprisingly intact. In this paper, we also evaluated the MRI findings of several mouse models of HD which, in many ways, recapitulate JHD, given the length of their repeats. The mouse models had the same pattern of findings in which striatum and cerebrum were decreased in volume, but the cerebellum was proportionately enlarged. These findings in JHD support the Kids-HD findings of cerebellar hyperconnectivity, and may reflect the compensatory role that it plays in the disease.