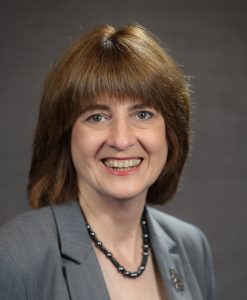 Sandra K. Kostyk, MD, PhD is the Medical Director of the HDSA Center of Excellence at The Ohio State University Wexner Medical Center. She is also the North American co-primary investigator for this international trial.

PROOF-HD is an acronym for a new Huntington’s disease clinical trial that has recently begun in the United States, Canada and Europe. This acronym comes from the study title, Pridopidine Outcome On Function in Huntington’s Disease. PROOF-HD is an international Phase 3 randomized, double-blind, placebo-controlled study to evaluate the efficacy and safety of 45 mg of pridopidine taken orally twice a day in patients with early-stage HD. The study is sponsored by Prilenia Therapeutics and is being run in conjunction with the Huntington Study Group and TFS HealthScience.

The agent under study in this trial, pridopidine, is not new to our HD community. Its potential effects, benefits and safety in HD have been studied in several earlier clinical trials in more than a thousand subjects, most recently in 408 individuals in the PRIDE-HD trial. PRIDE-HD is a phase 2 randomized placebo-controlled, multicenter dose ranging, safety and efficacy study of pridopidine in patients with Huntington’s disease.
It was originally thought that this drug’s primary mechanism of action was as a dopamine modulator. As dopamine is involved in coordinating movements, the initial trials were focused primarily on looking at pridopidine effects on motor performance over time in individuals with HD and specifically its effect on the Unified Huntington’s Disease Rating Scale (UHDRS)-Total Motor Score. The study did not meet the primary outcome measure of an improvement over placebo on the Total Motor Score. However, by using a more sensitive motor assessment tool, the Q-Motor system, an improvement in motor function over placebo was suggested.

As more was learned about pridopidine from ongoing preclinical trials, it was found that its greater potential benefit in HD was its activation of a receptor that is widespread in the areas of the brain affected by HD. This receptor is the Sigma 1 receptor (S1R). Activation of the S1R has multiple effects in brain cells and on specific cellular activities that are implicated in the progression of HD. These include effects on mitochondrial function and cell energy production and control and beneficial effects on neuronal plasticity – the ability of neurons to establish and maintain new connections in the brain to adapt to changes in the environment and preserve integrity of neural pathways. Activation of S1R also triggers an increase in levels of Brain Derived Neurotrophic Growth Factor (BDNF), a molecule that is a key player in modulating cell function, and thought to have the potential to slow the degenerative processes associated with HD.

Analysis of data from the past trials of pridopidine in HD patients has predicated the design and outcome measures of the PROOF-HD trial to maximize sensitivity to changes over time and increase the likelihood of establishing the efficacy of pridopidine as a beneficial agent for HD. Pridopidine has already been shown to be safe and well-tolerated compared to placebo in individuals with early-stage disease.

Few side effects have been reported and almost all study subjects completed the earlier studies, with few dropping out. This suggests that continuing on the study drug for over a year or more poses no difficulties. The prior studies also helped in choosing the most efficacious dose for the current trial, 45 mg, to be taken twice daily. In addition, data from the earlier trials helped identify the choice of outcome markers for the PROOF-HD trial beyond its possible benefits on sensitive measures of motor control, but also perhaps more importantly and primarily, its potential global effect on slowing the rate of overall disease progression. 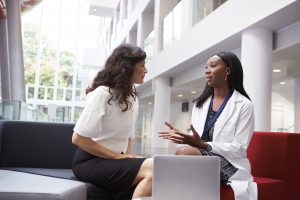 The FDA has identified the total functional capacity (TFC) score as one of the measures that has the greatest impact on patients’ lives and independence levels. The main objective of the PROOF-HD trial is to see if pridopidine can stabilize or reduce the rate of decline in HD over the course of a more than a year or longer. The TFC score, which ranges from 13 (little effect of HD on life activities) to 0 (end stage disease), usually declines by about one point every year in the earlier stages of the disease. Evidence from the prior HD trials suggests that pridopidine may slow this rate of decline. However, we need to prove to the FDA (i.e. prove this hypothesis through the PROOF-HD trial) that pridopidine has this effect in a carefully designed and well-controlled study.
The TFC assesses five measures of function, including ability to continue employment, ability to manage finances, ability to attend to activities of daily living (such as bathing and dressing and taking medications idependently), ability to do housework, and ability to continue to live at home.
Individuals eligible to participate in the trial must be in the early stages of disease and age 25 years or older with symptom onset after age 18. There is no upper age limit for participating in this trial. Participants must be on stable doses of medications but there are a few medication restrictions in the trial. There are several other inclusion and exclusion criteria that must be met and will be assessed at the first screening visit.

The study will last at least 65 weeks and will include 8-9 study visits. Mitigations have been included in the trial design to accommodate exigencies, such as those that might be caused by Covid-19, to allow some visits to be done virtually, if necessary. It is essential that the baseline and last visit be done in person. A total of 480 subjects are expected to enroll worldwide. Subjects will be randomized 1:1 to be on study drug or placebo.

In addition to the TFC as the primary outcome measure, other assessments will also be completed in the PROOF-HD trial. These will include the UHDRS-Total Motor Score, the more sensitive Q-Motor system assessments (as these showed potential efficacy in the earlier HART and MERMAID pridopidine trials). It seems likely that clinical features that contribute to overall TFC score will include aspects of motor function. Several safety and additional quality-of-life measures will also be assessed. These additional measures will be used to support and help prove the efficacy of pridopidine for HD.

Further information about the study, including study site locations, can be found at the HSG Website (https://huntingtonstudygroup.org/proof-hd/) and at www.clinicaltrials.gov. 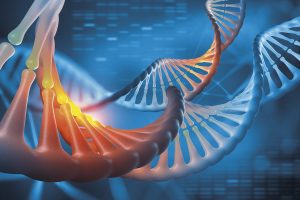