Multiple New Approaches in HD Therapy
By Christopher A. Ross and Jee Bang 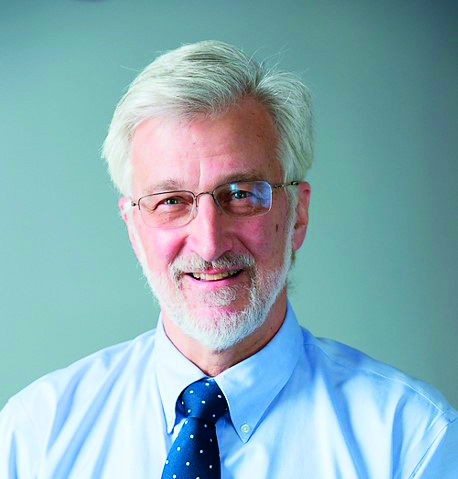 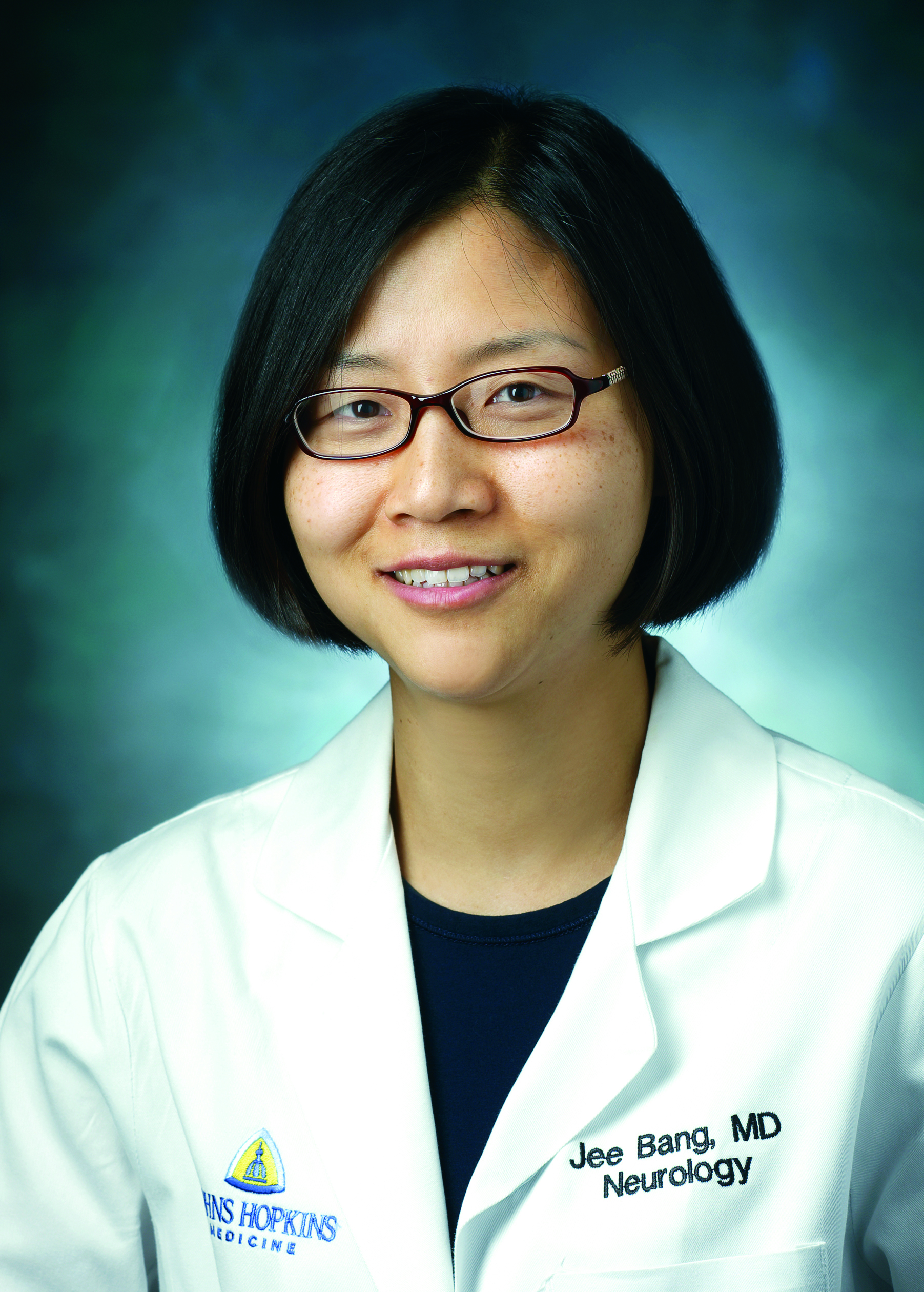 The recent Roche clinical trial of Tominersen was a success. Testing an antisense oligonucleotide, administered directly into the cerebrospinal fluid, it involved over 800 subjects using double-blind placebo-controlled conditions. It achieved the goal of any definitive clinical trial: to yield an answer about the safety and effectiveness of the treatment — one way or the other.

Unfortunately for the HD community, the drug was shown not only to be ineffective in the population studied, but to be deleterious, in a time-dependent and administration frequency-dependent manner. However, it is important to keep in mind the distinction between the information gained from a successful clinical trial versus the therapeutic benefit—or lack thereof—of the intervention. While we have all been tremendously disappointed that the trial did not lead to rapid availability of an effective clinical intervention, at least we got a clear answer regarding the effects of this particular drug in the large clinical population studied.

Any clinical trial is conducted under conditions of “equipoise”, or lack of definitive information about the intervention. In this case, even though the mechanism of action by lowering Huntingtin was extremely attractive, we did not know whether this particular agent would be beneficial or not. The results of the trial can rapidly inform clinical development of new therapies for Huntington’s disease. (One possibility is that there is a subset of patients that may benefit from the drug. This is based on a post-hoc analysis, and would need to be tested in a further clinical trial.)

One important consequence of the trial is to avoid bad outcomes for other individuals with Huntington’s disease. Fortunately for the participants in the trial who did experience worse outcomes on the drug, those adverse effects appear to have been reversible. More important, we can now focus on other approaches to HD therapeutics.

The rationale for Huntingtin lowering still remains strong. There are two other trials ongoing which will test this mechanism. The Wave SELECT-HD ASO uses an allele-specific approach. That is, unlike the Roche drug, it selectively targets mutant Huntingtin. Like the Roche drug, it is also delivered via lumbar puncture into the cerebrospinal fluid.

The uniQure study uses direct delivery of an RNA interference agent into the striatum. While this is a more invasive and expensive procedure, it has the advantage of directly targeting a key brain region. So far, the surgical procedure and drug administration appear to be safe and well-tolerated. 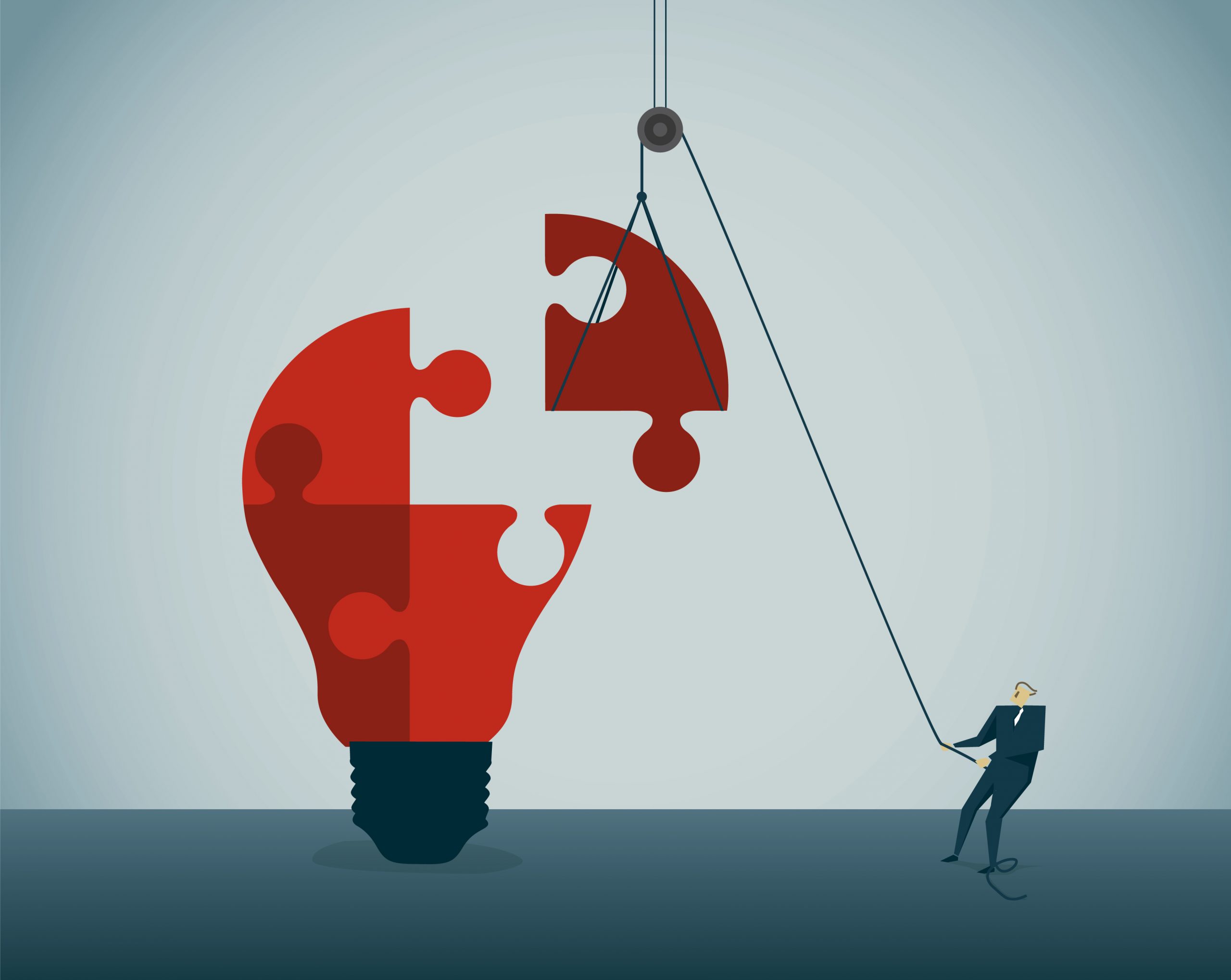 What are likely to be the trends in clinical trials, given the current circumstances? First is the trend toward beginning treatment earlier in the course of the disease. This is a trend in all neurodegenerative disease research, including Alzheimer’s disease and Parkinson’s disease. Comparatively, we have a great advantage in Huntington’s disease of being able to test genetically, and therefore characterize the course of the disease (its “natural history”) much better.

An accompanying article describes a new integrated staging system (HD-ISS), which is a biologically-based approach to staging of Huntington’s disease for the purposes of clinical trials. It is broadly congruent with the more familiar clinical diagnostic classification system put forth by the Movement Disorder Society task force. The development of biomarkers of Huntington’s disease progression will have the immediate application of helping to define clinical populations for therapeutic trials. In the future, biomarkers may even become outcome measures in therapeutic trials.

The hope is that with these therapeutic trials beginning earlier in the disease process, therapeutic effects would be beyond just slowing the disease progression once it is already established. The goal would be to delay the onset of the clinical manifestations of HD, or even conceivably delay onset so long that it essentially prevents the onset of HD.

A second theme is the remarkable profusion of new approaches to HD therapeutics, based on our increasing understanding of the natural history of HD, with potentially different pathogenic mechanisms at different disease stages. A challenge for translational research in HD will be to better define what are the pathogenic processes at different stages of disease, and how they contribute to clinical features. Therapeutic trials will help not only in providing new treatments but also in improving our understanding of the disease. I will just mention a few of the concepts which are either driving current clinical trials or in development for therapeutic trials in the near future.

Beginning the at the earliest point in embryonic development, the CAG repeat expansion—and presumably the production of mutant Huntingtin protein—are occurring, and thus will continue to be therapeutic targets. Not only are the large molecules such as ASOs and RNA interference, as described above, continuing to be studied, there is the remarkable new development of small molecules which may interfere with the splicing of the Huntingtin message and thus reduce mutant Huntingtin. The importance of the development of these approaches is that the drugs can be taken orally rather than requiring invasive administration. An example is branaplam, developed by Novartis, already in phase 2 studies for HD. PTC518 from PTC Therapeutics is another example.

Probably also beginning early in life, is somatic expansion of the CAG repeat. This is increasingly appreciated as a key intermediary step for enlarging the CAG repeat expansion into the pathogenic range. The genes that are involved in somatic expansion have been mapped, and the roles of their protein products are increasingly well-understood. They are being targeted both by ASOs, and hopefully in the future by small molecules. An example is TTX-3360 from Triplet Therapeutics. 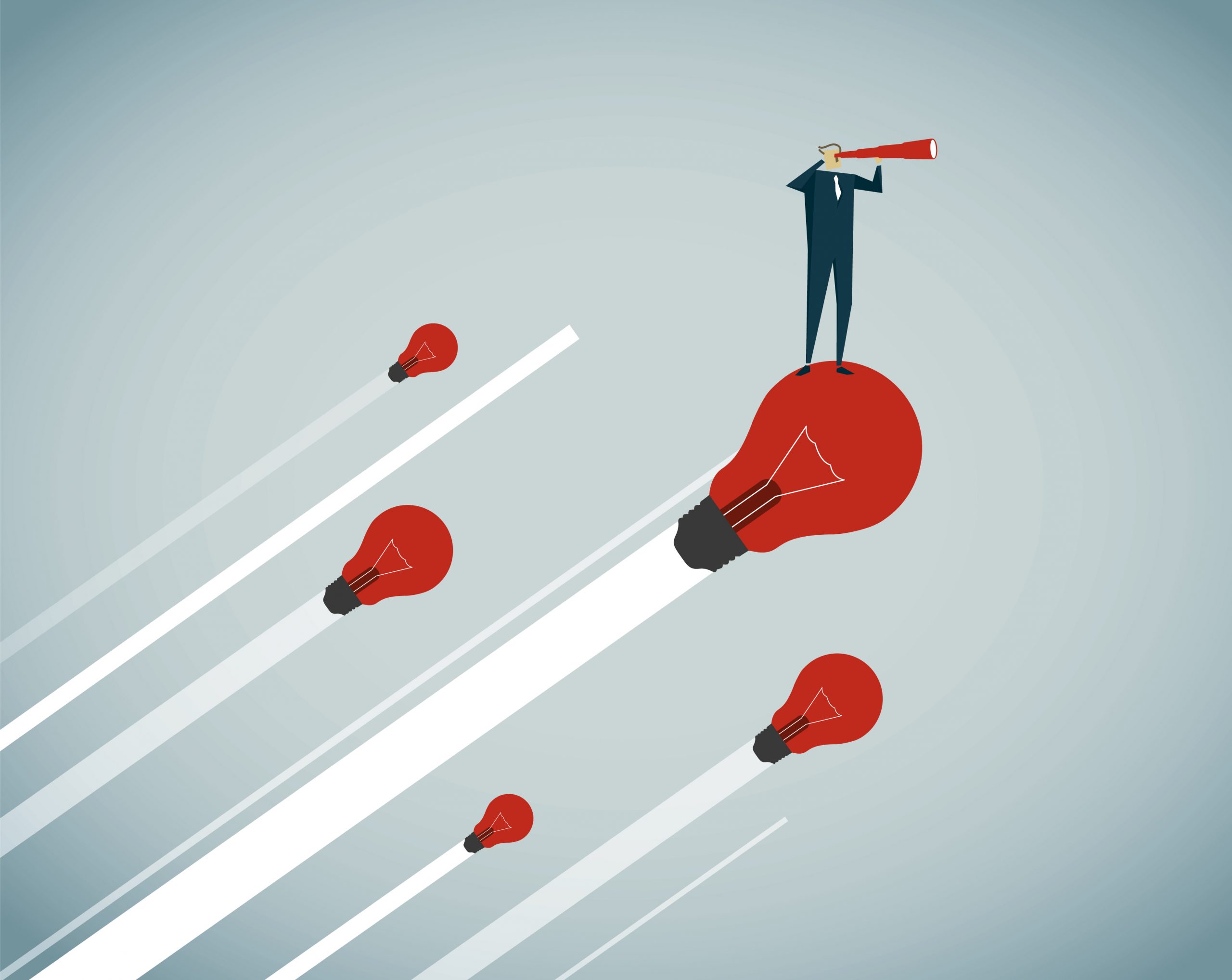 Over time, the effects of the CAG expansion and the polyglutamine expansion in the Huntington protein begin to have deleterious effects on cells, causing cell stress, and predisposing to cell toxicity. A number of potential therapies for these kinds of mechanisms have been tested in the past and have not been shown to be effective. However, there is now an ongoing phase 3 study (“PROOF”) of an agent called Pridopidine (Prilenia) which has shown great promise in both preclinical laboratory studies and in early phase clinical trials.

As the disease progresses, and before overt neurodegeneration, there appear to be changes in synaptic connections between neurons. There is a dramatic synaptic loss in premanifest and manifest HD, which is believed to be due in part to immune cell attack driven by complement. The complement system is a cascade of enzymes and other proteins which enhance the activity of antibodies and phagocytic cells. ANXOO5, an antibody treatment to reduce excessive complement, is in development by Annexon. This will require intravenous administration (but not intrathecal or intracerebral administration). There may also be the possibility of small molecules in the future.

Another approach is to target immune activity in HD. Semaphorin 4D (SEMA4D) is an immunoregulatory signaling molecule. Vaccinex has developed pepinemab, which blocks SEMA4D, and has potential to modulate pathogenic immune mechanisms that amplify damage in Huntington’s disease. A recent Phase II study had suggestive, though not definitive, positive results. Additional studies are being considered.

What about the later stages of HD? Up until now neuronal cell death was believed to be irreversible. There are now two potential strategies to replace degenerating neurons. One would involve stem cell transplantation. Previous cell transplantation attempts were not successful, however modern stem cell technology may make this a viable approach. Another remarkable approach to restoring functional neurons would be to use genetic engineering techniques to convert glial cells into functional neurons. Both of these approaches are still in the preclinical stages.

In addition to these “neuroprotective” or “disease modifying” strategies, are several novel approaches to emotional and behavioral changes in HD. These include SRX246 from Azevan for irritability and aggression. This takes advantage of the oxytocin-vasopressin system in the brain which is believed to modulate social behavior. Another approach is to address some of the brain changes which are believed to underlie altered cognition in HD. Sage Therapeutics is developing a compound which is expected to be able to modulate glutamate transmission, and thus improve cognition.

So, despite the recent failure of the drug Tominersen (albeit in a “successful” therapeutic trial), there are many other active treatments for HD on the horizon. Furthermore, the hope is that these will affect multiple different aspects of the biology of HD, will be applicable at different stages of the disease process, and may be able to treat some of the difficult emotional and behavioral consequences of the disease. Some of these agents may be even more effective in combination. In our current environment, there is great reason for optimism for effective HD therapeutics. 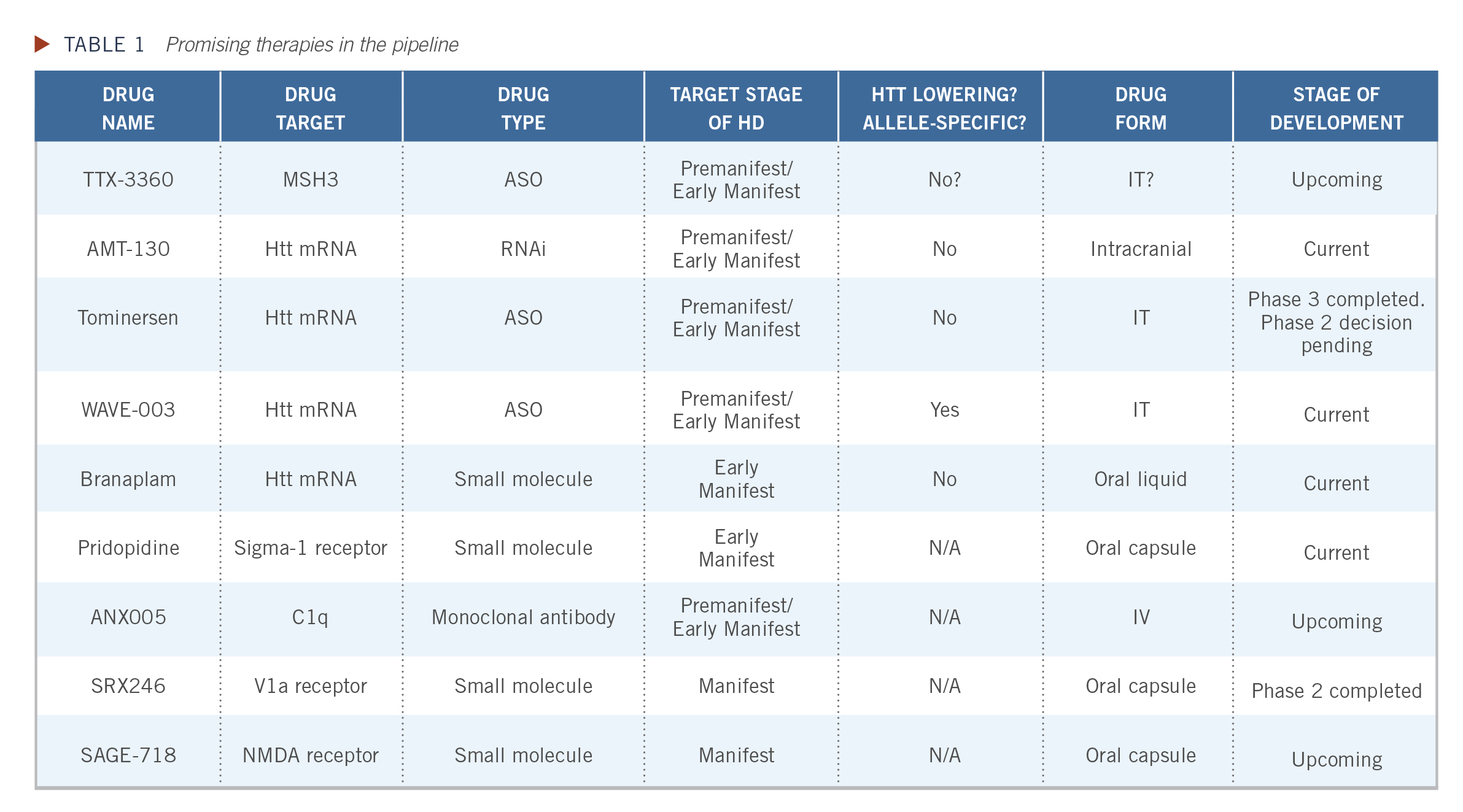 Jee Bang, M.D., is a neurologist and the clinical director of the Johns Hopkins Huntington Disease Center. She cares for patients with disorders of cognition and movement, such as Huntington disease, progressive supranuclear palsy, corticobasal degeneration, multiple system atrophy, dementia with Lewy bodies, frontotemporal dementia, and Alzheimer disease. Her primary research focus is in early biomarker development for Huntington disease, and she is the principal investigator of multiple clinical trials in HD and atypical parkinsonian disorders. 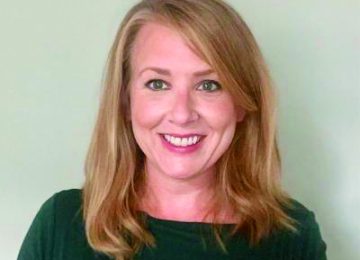 In Brief: A New Champion for HD Youth